For more than three decades, our legacy companies have delivered value to the row and specialty crop, turf and ornamental markets with unmatched results. Three years ago, we brought together complementary technologies under Douglas Plant Health. Today, DPH Biologicals™ is working with our partners to expand access to one of the most complete biofertility solutions available – SP-1 Classic™.

Building upon our heritage, DPH Biologicals is meeting the needs of our customers through a disciplined product innovation process rooted in science and managed by a seasoned leadership team with years of experience in biological plant nutrition, crop protection and precision agronomy.

For the past 3 decades, our legacy companies have delivered value to targeted segments in Ag and T&O​

In 2018 Douglas Plant Health was formed through the acquisition of AgriEnergy Resources and Growth Products and today we are DPH Biologicals, building on our heritage and bring focus to our core Biological platform of products​.

Our leadership team represents years of experience working at the forefront of biological plant nutrition, crop protection and precision agronomy. While serving in leadership roles at Bayer, BASF, Corteva and Syngenta as well as at agtech startups and ag retailers, these leaders focused on advancing innovation and emerging technologies to deliver in-field results for growers. 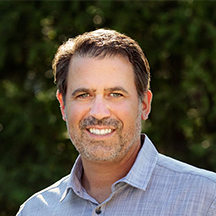 In April 2021, Mick was named President and Chief Executive Officer of DPH Biologicals, bringing twenty-five years of experience in crop protection, seed treatment and biologicals after serving in commercial leadership roles at two leading multi-nationals and emerging agtech companies. Today, Mick is leading DPH Biologicals to deliver more value to partners and growers through collaborative relationships and access to its trusted biological platform.

Mick has held increasingly senior marketing and commercial leadership roles in agricultural companies over his career. Recently, Mick served as Chief Commercial Officer at Greenlight Bioscience, where he built an agricultural team and worked with partners to prepare for the launch of innovative biocontrol solutions. Previously, Mick built and led DuPont’s seed applied technology and biologicals business, where he led the efforts to create a new portfolio built through internal discovery and collaborations. Mick joined DuPont Pioneer in 2009, holding several commercial roles across the seeds and crop protection businesses, with an emphasis on emerging technologies and building new portfolios and businesses. Prior to DuPont, Mick held global and U.S. commercial roles at Syngenta, where he worked in early-stage businesses and market development.

After growing up on his family farm in Nebraska, Mick earned a Bachelor of Science in Agribusiness from University of Nebraska and an MBA from Colorado State University.

Alex Cochran, Ph.D., joined Douglas Plant Health in June 2021 as Chief Technology Officer, responsible for advancing the company’s science and technology portfolio. He brings more than twenty years of agricultural research & development experience, holding multiple leadership roles at Syngenta and Corteva focused on crop protection, seed treatments and biologicals. Alex has an exceptional record of developing some of the most successful active ingredients and product concepts for foliar, seed, soil and turf applications.

Most recently, Alex served as Corteva’s R&D discovery and development leader for seed applied technologies, disease management and controlled environment development science. In addition, he also led the global insect and nematode management development and the biologicals development team focused on building product pipelines for application on commodity crops in a variety of growing regions. Alex began his career at Syngenta in 2001, serving in field, research and global R&D roles focused on technical product development and agronomy services.

Alex earned his Bachelor and Master of Science, and Doctorate in plant pathology from Purdue University. His graduate research focused on understanding and mapping the genetic diversity of Phytophthora root rot caused by Phytophthora sojae, a major disease that impacts soybeans across the U.S. Alex and his family currently reside in Indianapolis. 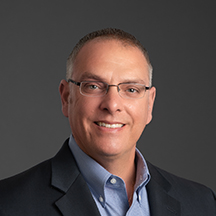 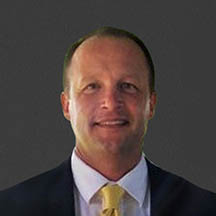 Joe brings more than two decades of agribusiness experience, working directly with dealers, distributers and growers. Previously, Joe served as director of market development for GreenLight Bioscience, where he led the commercial strategy for the first dsRNA topical solution in agriculture. In addition, he was global business development lead at Elemental Enzymes during which time he introduced several biological technologies for row and specialty crops. While at DuPont Pioneer, he led both the downstream implementation for seed treatment as well as the Encirca Yield Platform teams, after focusing on emerging technologies while at Pioneer. The foundation of his retail background started at a very young age when he was a partner and general manager of an independent retail operation in Illinois.

Joe earned a bachelor’s degree in agriculture science from Illinois State University. He and his family continue to reside in Illinois.

Chris Feiden is the Chief Operating Officer of the Plant Health Division and serves on the corporate leadership team. Before joining Douglas Products in 2016, Chris served as supply chain manager with BioZyme where he implemented a robust planning process to meet customer demand and anticipate market shifts and an automated bagging line to expedite the production processes.

Prior to his time at BioZyme, Chris was the Biological Operations Manager for BASF. During this time, worked on integrating the acquired locations from Becker Underwood into the BASF systems. In addition, he was the Global Head of Operations and Supply Chain at Becker Underwood in 2012, responsible for the fermentation sites, seed coating facilities, mulch colorant manufacturing and the chemical and biological blending and packaging in Ames, IA. 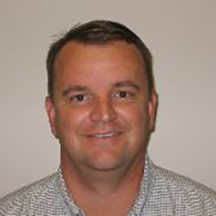 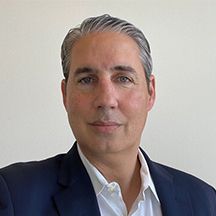 Previously, Brad served as Director of Marketing-North America for Advanta, a leading international supplier of proprietary agricultural crop genetics and seed, as well as business director for the Mexico operations. For 17-years, Brad worked at Syngenta where he held global sales and marketing roles, including head of retail strategy and growth.

Brad holds a Bachelor of Business Administration and Management from the University of Nebraska-Lincoln and received an MBA from Arizona State’s Thunderbird School of Global Management.